It’s a little backwards. Joining a team and then playing games immediately, without any team training sessions. Like taking the test before doing the homework. I always hated those classes where the teacher made you take a test at the beginning of the semester/year “to see how knowledgeable you were on the subject” – often read: “to see how much of an ignoramus you were”. Ok, I admit, my analogy is slightly faulty. There is one pretty significant difference here. If you are given a test before a class, you are expected to fail. On the other hand, if you are given a game before a training session and you fail then you may have lost your chance to get into the training session. As a trialist, you are expected to know your stuff. Imagine if classes were like that…I wouldn’t have made it through home-schooling. 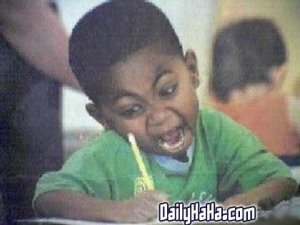 Me taking the pre-class test!

Let me be clear here, games are what players love the most. However, training plays a key role in success, which leads to greater enjoyment of games. Preparation is an important factor, both on a team level and a personal level. On a personal level, I have been staying as fit as possible and as sharp as possible on my own. I think I might write an entire post on that subject alone…don’t get too excited. However, nothing I can do by myself can replicate practicing with the team I am playing on.

Let’s use another analogy. I have worked in construction for a number of years. In another life, I could see myself being an architect. Although, I’m sure the things I designed wouldn’t be called infrastructure, but rather infrailstructure. Anyway, you don’t just build a house by ordering loads of wood, piping, electrical supplies, toilets and then start hammering and screwing it all together. No, you follow a blue print that has been designed through hard work, trial and error, and maybe, if the office is a rough place, blood, sweat and tears. The blue print is the unified goal you are working towards. It is beating your biggest rival, it is winning a cup or championship. The blue print represents what you are doing and how you are doing it. The workers on the construction site; the carpenters, the plumbers, the electricians, each with different skill set resemble the players; the defenders, the midfielders, and the strikers (note: the defenders are plumbers because it’s their job to clean ***t up at the back). They all come together to build the house or to lift the cup. In construction it is called a blueprint. In a sport you can call it whatever you like, the goal, the objective – the idea is the same.

It would be done, but I had to go to training.

What does all this nonsense have to do with training? Well, training is where the blueprint is laid out, usually by the coach/manager, for everyone to see. Then as the season goes on, like the house being built, the blueprint is formed into something real, not just theoretical, not just a piece of paper. The blueprint can be tweaked from time to time if necessary. There are always unforeseen consequences; like weather, injuries, and even mistakes. We are only human. You adapt at every training session. You go back to the blueprint and see how it can be improved. It’s the search for perfection that I talked about in a previous post. The blueprint is the guide leading to perfection. Training re-aligns your goals with the blueprint. You focus on your task within the design. The less you go back to the design, the less you understand it and know its intricacies. In the end, this leaves you with a shoddy house or a shipwrecked season.

In case you didn’t guess, I had my first training session today with Albion. For an amateur team down in non-league football playing two games a week can be difficult enough for guys with other jobs and often families. It’s tough to fit in practices. However, after our cancellation in the midweek game and a by-weekend for us in the league, we wouldn’t be coming together as a team for 9 days. Alas, a training session today to review the blueprint. Re-align goals. Get everyone on the same page.

Successful? Well, yes and no. Every training session has value.

Seeing a Saturday afternoon off in the schedule at this point in the season is like getting a free trip to the Bahamas…too good to be true! Contrary to prior belief, this was actually the case. So, many of the players had made plans in advance of the day. Needless to say, there was not a full turnout to the last minute training session. We ended up with 10 players and the manager and the coach were appropriately frustrated. As was I, considering I was hoping for a chance to gel a little bit with all my teammates. It is easier to gel with players in training because it is more of a learning environment. You can stop, ask questions, and get a better overall idea of how they are all trying to play the game. As I said at first, the training is the homework. The game is the test – you don’t learn as well in a test.

Having said that, training with 10 people is far better than training with 1 – my M.O. the past few weeks. After all, it’s a team game. We ended up making the best of it, as is best to do in these cases. Most of the session was made up of variations of a possession game focused on moving the ball from one side to the other. We also focused on the defensive side of things, where we focused on staying tight and compact, so that the ball could not be played through us. I won’t bore you with anymore details, but I will say I am in desperate need of practicing my distance game. For me this includes any balls hit over 30 yards, with a special highlight on crossing and shooting (both of which are hard to do on your own!).

As always, the important thing is that I got to play! Blessed.

PS. On further thought, I decided that forwards and midfielders both have qualifications as plumbers. The strikers must create openings in clogged up defenses and midfielders have to keep the game flowing. Who woulda thunk, footballers are all just plumbers in disguise.